Video #3:
“Police Line on the Other Side of the Water“
by Cempoalli Twenny (video length 0:40)

Video #4:
“To the Drum, We Are One Heartbeat (protectors crossing the bridge)“
by Cempoalli Twenny (video length 2:19)

Protectors at the bridge facing the police line. No identification on any of these officers or contractors. Mercenaries?  I was being interviewed and they shot at the reporter possibly aiming for me but a sista reporter was hit.

Protectors drumming, praying, and paddling a canoe to the bridge.

Protectors singing and praying on the bridge across from the police line.

So moving to see these brave peaceful Water Protectors swimming the freezing cold river in November to talk to the armed, teargas spraying, “rubber” bullet (that is metal inside and can be lethal) shooting “Peace” Officers. We were there for four hours.  Today two of them turned in their badges!

A journalist at Standing Rock was shot by police for no reason, and caught the awful moment on video

I was shot by militarized police WHILE interviewing a man on camera at #StandingRock…and here's the footage. #NoDAPL https://t.co/FfWiSCbiKf pic.twitter.com/4DRwNPkfZ9

Part I, Today water protectors pray by the water near the DAPL construction site. Around 50 people were maced and one CNN contributor and congressional candidate was shot with a rubber bullet in the hip. More photos and videos coming out soon. We are indigenous and we are unafraid to report the truth.

This morning on the banks of the Cannonball River Water Protectors gathered to pray and were met by OC Spray and less-than-lethal rounds by law enforcement officers.

Warriors held a frontline! they faced at least 100+ police.

Warriors face off with various law enforcement from 7 different states to protect Sacred Sites and Water from DAPL.

Police are currently desecrating the burial grounds of Alma Parkin and Matilda Galpin, the indigenous women who once owned the Cannonball Ranch where Dakota Access is working day and night to finish their pipeline though they have no permit to cross the Missouri River. They have unleashed pepper spray and tear gas on water protectors standing in the river with their hands in the air. In the last shot, notice the small tree on the top of the hill where the armored vehicles are staged. This is the grave site. This is unacceptable.

Where is President Obama?

Protectors BRUTALIZED By Cops In Standoff.

#NoDAPL Protesters tear gassed while standing peacefully in the water.

#NoDAPL protestors teargassed while standing peacefully in the water pic.twitter.com/GYGCpY4ecP

Action on the riverbank

As DAPL reaches the Missouri river, Warriors and Water Protectors built a bridge so that they can block construction on the other side of the river. Cops attacked the people with rubber bullets and pepper spray but warriors bravely fought back and lived to fight another day.

Prayer walk to 1806 bridge starting out.

Testimony afterwards:  Reflection of day’s events. 100 officers in riot gear, over 20 snipers, bear pepper spray, I was hit 3 times in face with pepper spray. two were hit with rubber bullets, one in the head and one above kidney!!

Today many of our protectors tried to cross the river to pray on top of a hill where Oceti Sakowin ancestors are buried. 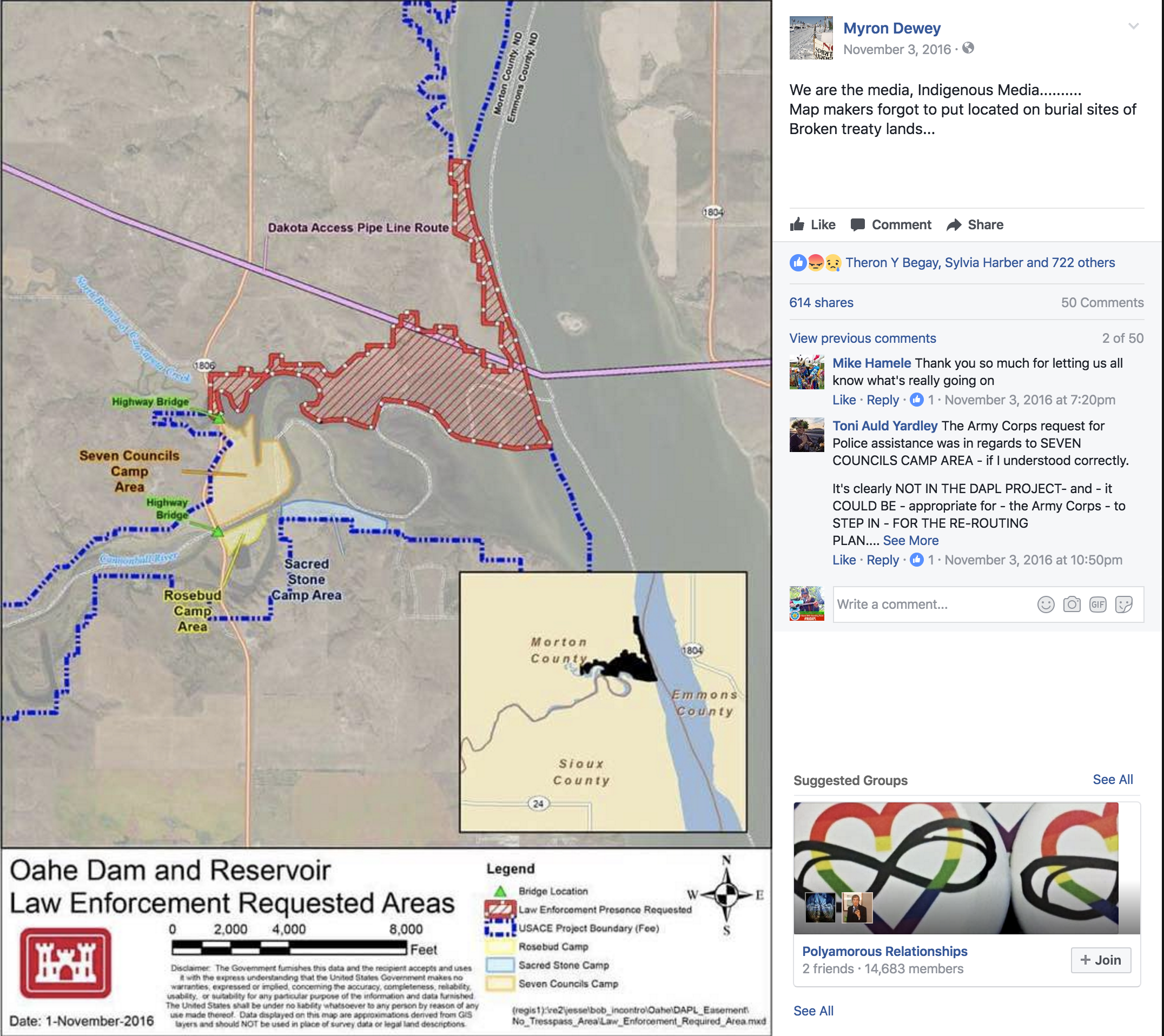 People gassed while standing in the water

Cops on shore and boat.

Row of cops and water protectors in the water

50+ Law Enforcement at the sacred site on Army Core of Engineering. They destroyed a bridge we made for our elders to head over and pray on the land they are disturbing. Law enforcement broke the bridge and threatened to arrest anyone crossing the bridge