The opening of the “Iŋyaŋ Wakȟáŋaǧapi Othí” (Sacred Stone Camp), a Spirit Camp on April 1st.  A caravan of over 200 supporters, led by forty riders on horse, left Fort Yates for a thirty mile trek to the camp located just north of Cannonball.   They are also concerned about North Dakota’s safety record; the state never notified residents about more than 300 spills which occurred over a two year period.  The tribal citizens felt that the tribes weren’t properly consulted, and the building of the pipeline violates treaties made with the United States. The encampment plans to stay until the pipeline is stopped- READ FULL ARTICLE AND WATCH VIDEOS.

SRST votes to retain Earthjustice as co-counsel to oppose the construction of the Dakota Access Pipeline.

Drumming and dancing around the sacred fire at Sacred Stone Camp.

Short video of an Eagle flying over camp.

“Rezpect Our Water” – a brief video opening with a traditional prayer song informs the public about the proposed construction of the Dakota Access Pipeline set to cross the Missouri River at Lake Oahe.  The infomercial explains how the pipeline endangers the water the tribe depends on, followed by a young woman urging people to “Respect our land ann people.  Sign our petition.“

“Run for Your Life” micro-documentary: begins with an opening prayer song, showing youth runners, followed by a montage of songs, photos, & footage from the 500 mile run from Standing Rock to deliver a petition to Colonel John Henderson of the Army Corps of Engineers in Omaha.  The video explains they are scheduled to arrive to deliver the Petition in Omaha on May 3, 2016 to Henderson to stop the Dakota Access Pipeline because it threatens sacred water, burial sites, other sacred sites, and the drinking water of the Oceti Sakowin (Lakota, Dakota, & Nakota) people.

“Native Americans Fight Against Dakota Access Pipeline“: several youth plea to the hearts & minds of the people and President Obama in regards to protecting the water & the Standing Rock people & other Native Americans.

Tokata Iron Eyes, Anastasia, Micah, Ladonna, & other native youth introduce themselves & take turns speaking out against the Dakota Access Pipeline being built.  They explain that they depend on the water to survive.   – Sign Our Petition –   #RezpectOurWater

“Without our sacred water we have nothing… If that pipeline breaks all of Standing Rock’s potable water will be in danger.” – Joye Braun, Cheyenne River Sioux Tribe 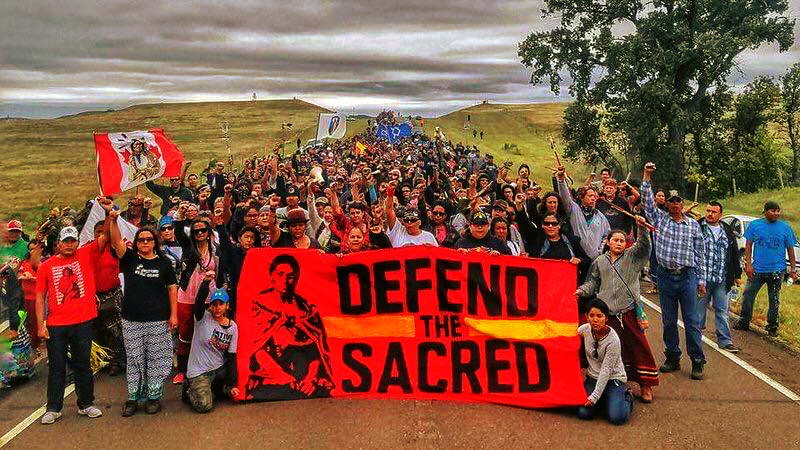