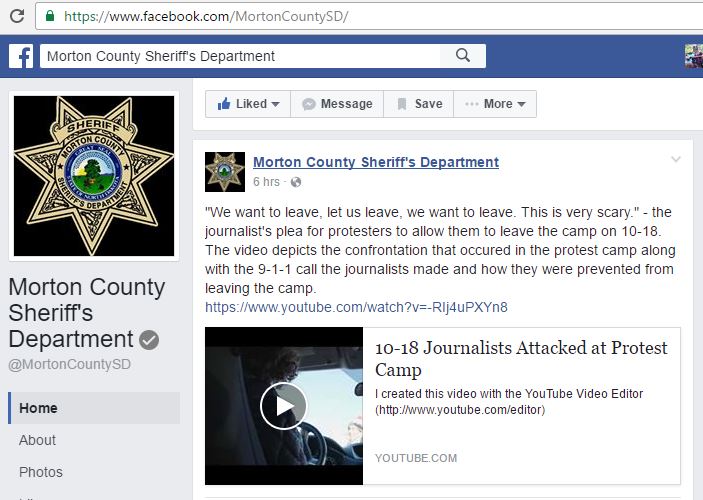 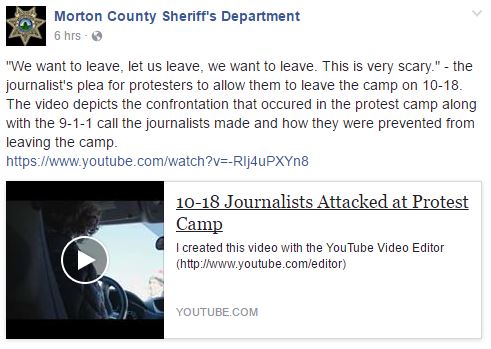 Here is the (scam) video (that is proven to be a scam, just below) the Sheriff’s Department linked inside the above post:

Several hours after the Sheriff’s release, the man with the Irish accent, Phelim McAleer, was identified by some people who are familiar with his past sabotage jobs; but let’s explore why he was being assertively escorted off the premises.

During McAleer‘s short stay at Standing Rock Reservation, several internal complaints throughout the camp prompted his being escorted away, including: “overt & offensive racist comments against Native Americans“, “damaging another person’s vehicle“, & “acting inappropriately to a young girl“.

After you witness some of the below videos, you will witness “what he’s up to”; he & his business partners created an unlawful situation, & then waited until he was escorted off in order to begin filming so they could set up the allegation that there were “violent protesters“.  Here’s a video of Phelim confronting Kyra Sedwick trying to claim that “banning plastic bags” leads countries to poverty…

Here’s another video of Phelim McAleery trying to sabotage environmental movements via inserting false statements in order to persuade viewers that he’s correct, even though to most viewers its apparent there’s something suspicious about his behaviors:

Notice the common thread of “interrupting others”, “stating false statements not backed by research”, & performing condescending, dismissive statements in order to sabotage the efforts of people who are concerned about the safety of the environment.

Phelim & his partners pre-planned & manufactured a scene in order to create the set-up video which Morton County Sheriff’s Department then broadcast.  On 10-21-2016, Morton Sheriff’s broadcast some of the faces Phelim & his partners captured in order to accuse several individuals of felony charges it appears they really want a warrant & they’re trying to make allegations & escalate the situation in order to make victims out fo innocent civilians- here’s their latest post: 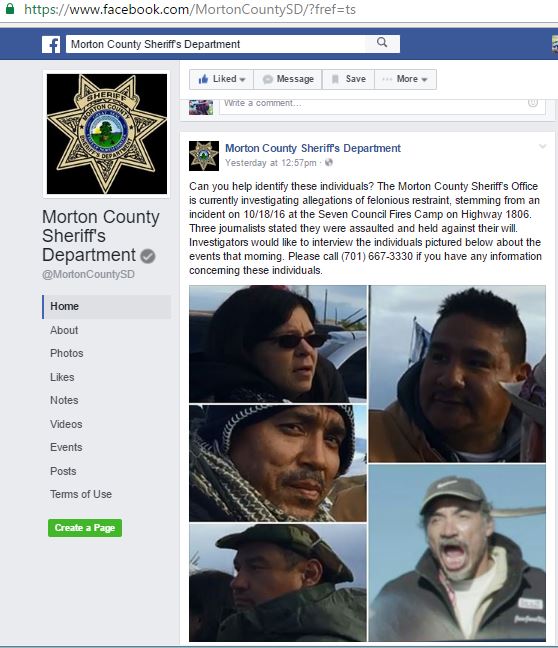 Closer view of civilians whom Phelim & Morton Sheriffs apparently pre-planned to set up on false charges in order to manufacture a false flag event so they could come onto the property- bless our friends & family- we are praying for peace & utilizing our First Amendment Right & this page is being broadcast to expose what’s been going on- what they’re up to- because the people in this photo are apparently being set up unfairly- may truth prevail! 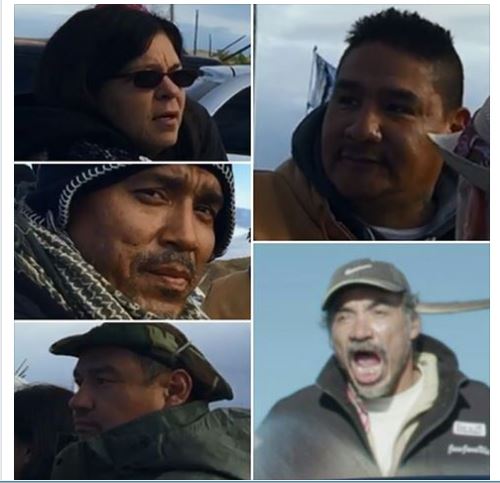