I know things were unfair and difficult at the water protector camps. Thousands of us stood together to speak up for clean water and indigenous rights that were being violated by an illegally approved pipeline.  Beyond rights, however, we were speaking up on behalf of long-overdue respect for indigenous people and for mother earth. Many of us, however, left robbed of our personal belongings once the camps were raided, and face(d) punishments for fabricated criminal charges.

Water protectors were shot with rubber bullets, pepper sprayed, threatened at gunpoint, and falsely misrepresented by public officials and some media outlets bent on convincing the public that we were the bad guys.  We watched firsthand as camps became infiltrated by fake protestors working for the oil company or one of the many security firms who attacked us under the guise of “protecting the pipeline” (see documentaries Black Snake Killaz or A W A K E to learn more).

My Work at Standing Rock:

I traveled to Standing Rock and began compiling this archive/website following the release of attack dogs against members of the Standing Rock Sioux Tribe on September 3rd, 2016. Upon arriving and researching the situation more closely, I began developing:

Besides building the archive and compiling the lawsuit, I’ve spent years transcribing thousands of legal term definitions (from multiple law dictionaries) throughout www.ReUniteTheStates.org, then hyperlinking each term between each other in order to make the *extremely complex* U.S. legal system accessible to non-lawyers. Although I began building this site well before Standing Rock, it felt necessary to continue its development so that anyone reading the case can simultaneously learn the laws which apply; non-lawyers can follow the case themselves instead of relying on an attorney’s word who may or may have an unspoken conflict of interest.  www.ReUniteTheStates.org also contains a simplified version of the Federal Rules of Procedure – in part so I could figure out how to file the case myself, but again so others can learn the system as well.

We Need a Law Firm to Take the Case:

I worked diligently to prepare such this case, with plans to file it myself.  Unfortunately I have not been financially secure enough to accomplish such a time-consuming endeavor.  That said, the case is well within the statute of limitations for federal conspiracy cases: it is not too late for a class action to be filed or for charges to be filed against the public officials who illegally approved the pipeline!  I hope the following  documents help to make this happen.

Who approved DAPL, and the laws they violated:

The following PDFs demonstrate step-by-step how the Dakota Access Pipeline became approved, which public officials illegally approved it, and which laws they violated in doing so.*

§ 1 – Col. Henderson authorizes DAPL to drill beneath Lake Oahe and the Missouri River

§ 2 – contents from within the Environmental Assessment

§ 3 – Chief Operations Officer of the Army Corps of Engineers, Michael White, directs commanding officers to consider “a simple notice of a pending action” to satisfy “consultation” requirement with regard to tribes, subverts US law 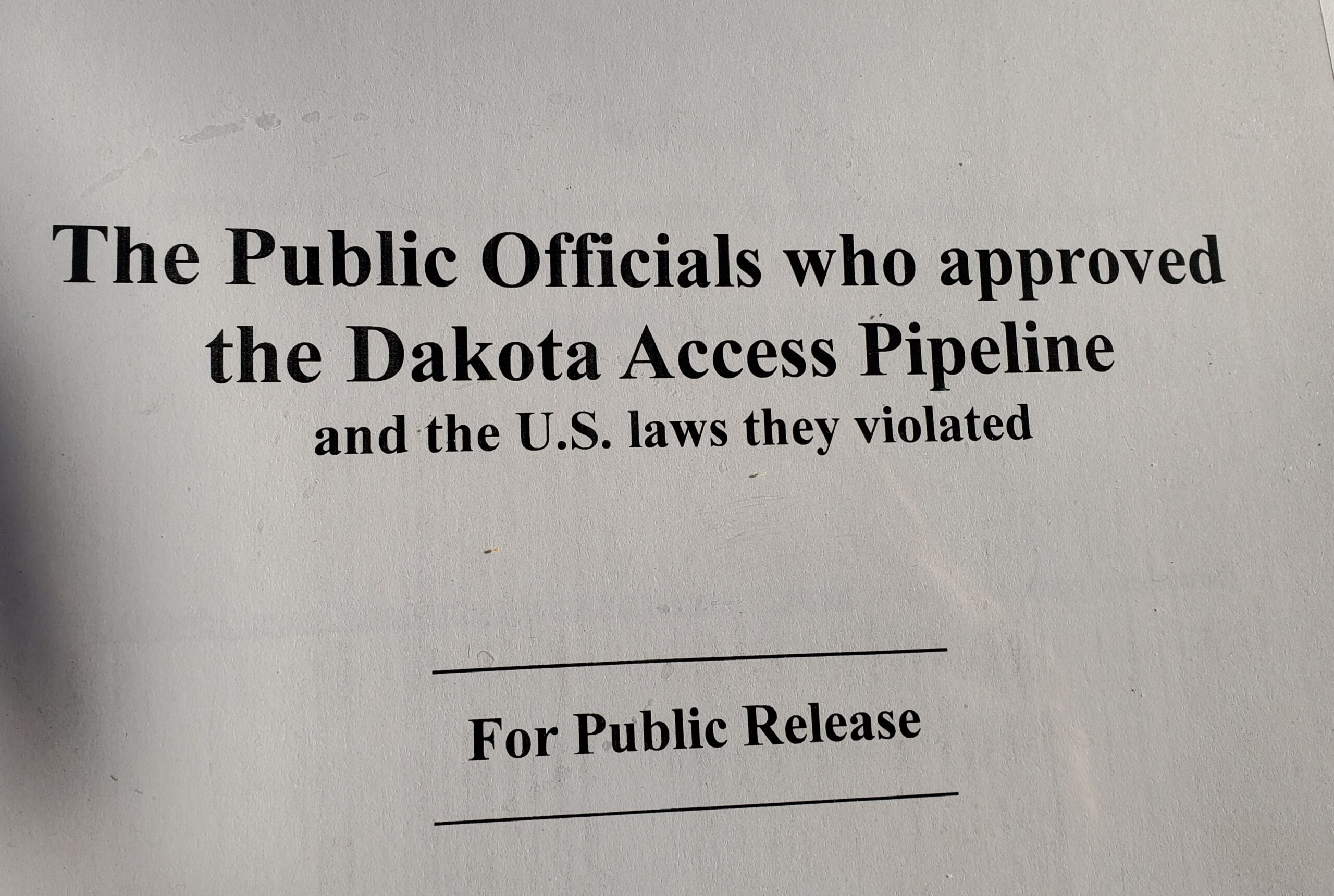