Footage of militarized reaction to unarmed folks praying on site

Very beautiful gathering of people singing an honor song along the section of pipeline that President Obama told DAPL not to build.

Cops pull rifles and block people in.   The following live video was broadcast by Thomas H. Joseph II uploaded the following video alongside this message:  “We need everyone able to come join us at Standing Rock.  Today’s actions were uncalled for.  The police were a direct threat to women and children.  We gathered in prayer unarmed, prayed, sang songs, and attempted to leave.  No threats.  No vandalism.  No violence was taken on our part. See my previous video evidence.  Flood the White House with phone calls and demand Obama to act and enforce his previous declaration of no construction. With state police protecting Dakota Access Pipeline his words are meaningless.  White House Phone Number: 202-456-1111″

Interview with folks who were at scene of riot police; white folks share their surprise at treatment of NDNs.

Video of plane releasing some substance.

“On Sept. 28 people from the Standing Rock, ND camps traveled to a nearby oil-pipeline construction site. They planned to carry out a non-violent direct action in hopes of halting construction. Indigenous youth started the camps as a way of physically blocking construction of a massive oil pipeline that would carry nearly a half million barrels of oil a day from crisscrossing the Missouri River and sacred, tribal sites. The Missouri River provides drinking water for the Standing Rock Sioux tribe and millions of others downstream. When the group of “Water Protectors” arrived at the construction site, no workers were present. Instead, a large contingent of police were on hand. After prayers, singing, and some offerings, the “Water Protectors” made ready to depart. But, heavily armed police surrounded the group and moved in. Approximately 50 police, many carrying military style automatic weapons, arrested 21 people on charges of criminal trespass and other charges. No weapons of any sort were found by the police. The rest of “water protectors” returned to their camp where over a thousand people now reside.”

Long-Range Acoustic Device present today: “The LRAD can emit a tone higher than the normal human threshold for pain and is capable of permanently damaging hearing.”

Uploaded by John L. Wathen w/ following text: “A group of very peaceful people gathered to pray for the earth and that the US Government would do it’s job and uphold international treaties. Police came if full riot gear and fully lethal weapons to harass un on a public road.”

Organizer helps keep everyone peaceful, officers arrive heavily armed.  A woman approaches the line & offers a handshake, which leads to an unexpected scene with Water Protectors lining up to shake hands with officers.

Posts that were deleted:

About that crop duster: 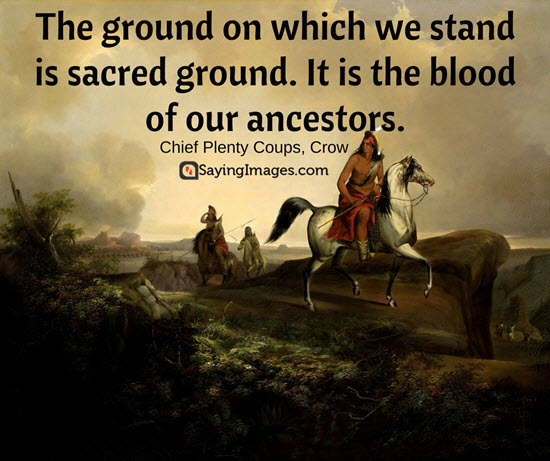